Two pieces of correspondence from Drainies came my way recently, both of which had a North American bent.

The first, from Graham, alerted me to the goings on in Los Angeles. Olden times readers of this blog will know that there’s been a long and dedicated effort to reclaim the concrete channel, so beloved of Terminators on Harley-Davidsons, and make it into a proper functioning river again. 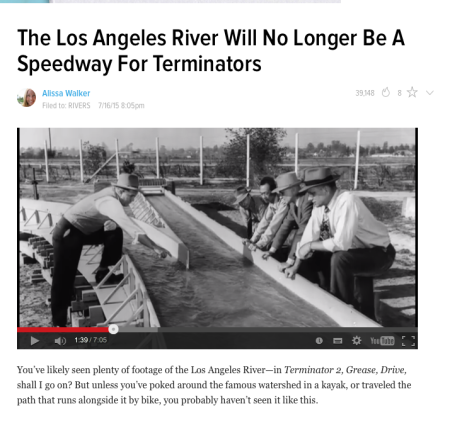 I love that picture, above (a still from the video). Those men with hats are engineers working out how to “fix” that darned river and its annoying habit of having water in it. It worked so well that we copied the idea in Australia. Several times.

FOLAR has had a big win. (FOLAR stands for Friends of the Los Angeles River, so it should be FOTLAR: if you’re going to have the “o” of “of” then why not the “t” of “the”? But then NORWICH never did work because, as we all know, knickers starts with a “k”.) But the political winds have shifted and real advances have been made in the rehabilitation of the biggest beck in California. Hope!

On a completely different, and more irreverent, tack came this link from Richard. Maybe it was the heading that alerted him: Comic writer gets stuck in a hole and Twitter saves him. Hmm. Still, it’s entertaining. This guy got stuck in a skate bowl in the rain with his dog and an umbrella. How to get out? Thankfully, the Twitterverse responded. 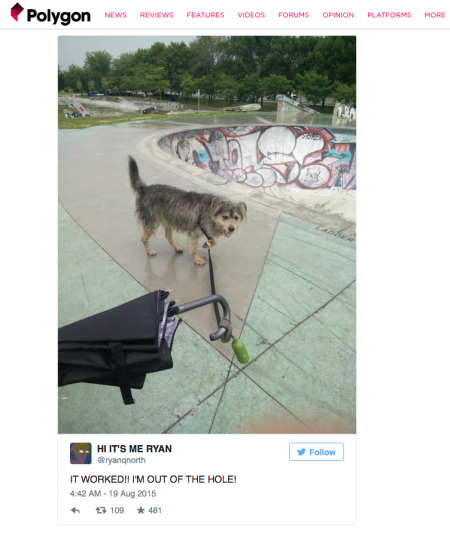 Could that ever happen to me and Jambo, wondered Richard. Of course not! We’d simply climb on a log and bob down to the Carrington boardwalk. As the meerkats say, “Simples!” 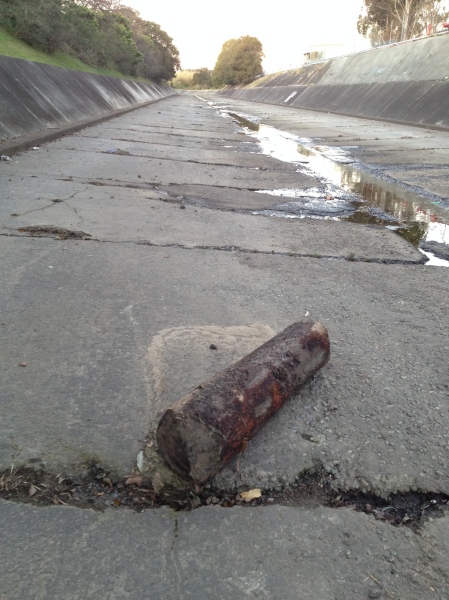 This time last year there was a team of lads down the creek “fixing” the cracks in the concrete. I’d pass them of a morning as I took Jambo down towards the TAFE and we’d nod at one another and occasionally talk. It looked like cold work on that northern side of the beck, with the winter sun never getting onto them till the afternoon by which time they were packing up to go home.

The idea was to stop the pollutants from the gasworks from seeping into the water table and the creek. It seemed, to my unscientific mind, a completely futile act. Surely, like the Karuah bypass, it would just shove the bottleneck somewhere else.

Anyway, they did about 50 yards of concrete then, one day, they were gone.

Since then the goo they squirted under the slabs has bubbled its way to the surface, only now it looks grey and frothy and almost as bad as the toxins it was meant to contain. 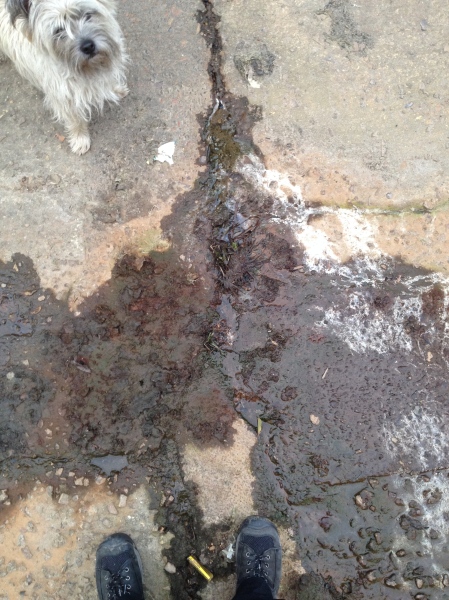 There are large patches of emulsified oils, which may be from the old fuel depot. I don’t know. 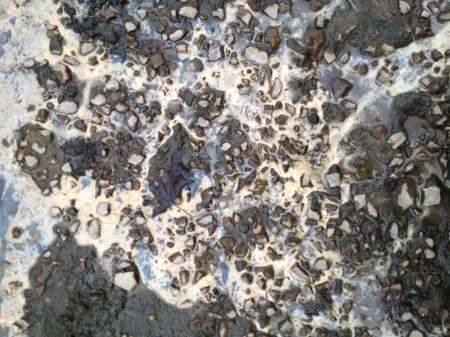 The bituminous gunk has a beautiful rich purpley-black colour that isn’t done justice in this photo. It’s the colour of a raven’s wing or a magpie’s flight feather, a colour that I’ve never seen in clothing or paints. 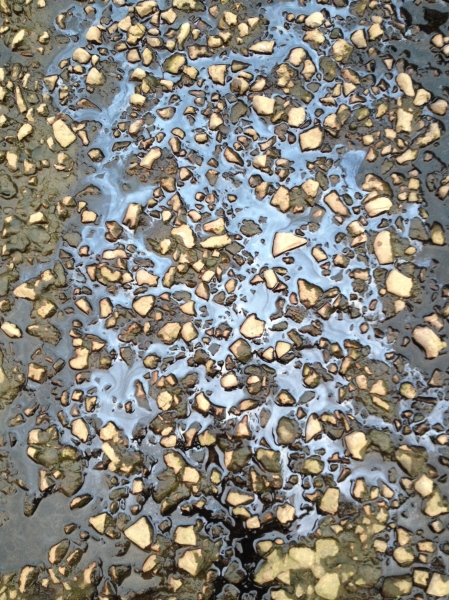 It’s really very disheartening and fills me with a sense of gloom about the rehabilitation of the gasworks, which seems to have stalled completely. (I did see a digger in there the other day which has made a few desultory scrapes in the ground. The only thing this seemed to do was to make the air around the creek reek of bitumen.) As for the now abandoned fuel depot, I can only think what would have to happen to land prices before that got tackled with any serious intent.

Sorry to come across so dejected but I don’t think we’re going to see a clean, green Styx Creek any time soon.