Have you lost your grommet?

When my kids were little we had a children’s book about a teddy that falls out of a stroller*, gets picked up, loved, lost, found, lost again and so on until, eventually, it finds its way back to the doorstep of the house of the child who lost it in the first place, with the parents just thinking it had fallen out as they were leaving the house and never knowing the many adventures wee ted had undertaken.

I think of this story whenever a toy washes up in the creek, an event that occurs with surprising regularity. I don’t normally comment on them, this army of lost toys, but this little fellow (is he Grommet from the Wallace and … series?) looked so clean and new that I had to rescue him.

Was he dropped off Griffiths Road bridge by someone on the way to the Jets vs Adelaide game? Even Jambo wanted to pull him out. 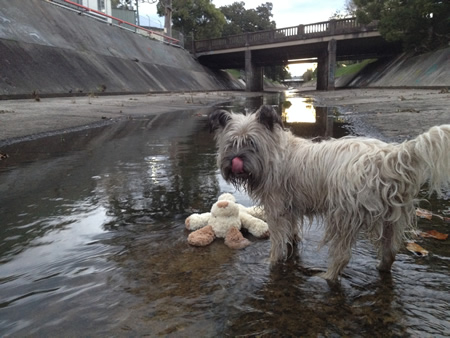 So we sat him up, comfy and slowly draining, against the banking.

There are other things that I’ve found in the creek, things that I know are driving someone somewhere mad looking for it. Where the hell is the gate key? 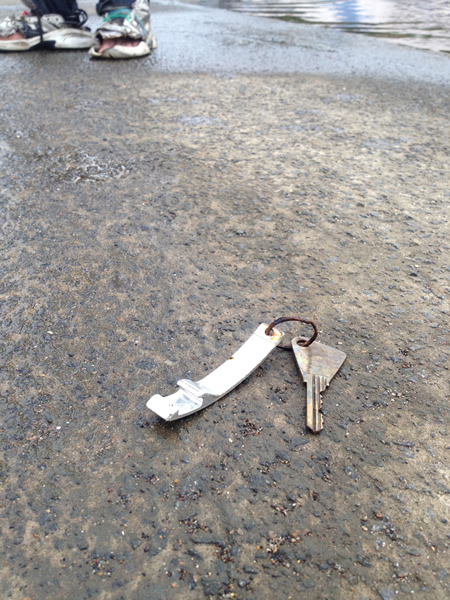 The end bit off my outlet pipe: where is it? I know I put it down here a minute ago and now it’s gone! 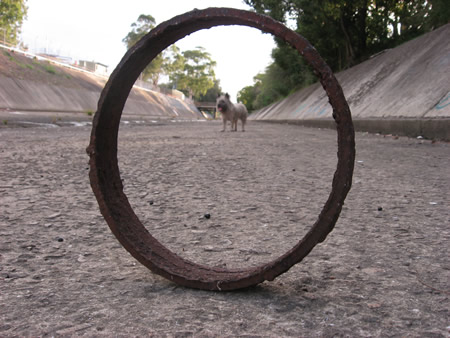 No, this is ridiculous. I am not going to the uniform shop and buying another hat. Did you look in the lost and found box? Yes, I know that they have a “no hat, no play” policy; you’ll just have to have no play until you find that hat.

“Just leave it. Use another one.”

“No! This is bloody ridiculous. I could see it on the fairway. It can’t have rolled far.”

It rolled into the Styx, my friend, and once it’s in the Styx, well …

* I know, there are hundreds of books on this theme, including Jez Alborough’s Where’s My Teddy?, which I can still recite in full 15 years on.