Everyone, like John Candy and Steve Martin, has found themselves stuck next to someone on a train, a plane, a whatever. Sometimes it’s ok to bury your face in a book (can one bury one’s face in a Kindle?) and wait for it to be over, but sometimes there are great conversations to be had with random strangers.

I had one the other day. I headed down the drain around 8.30, which is a bit later than normal. I could see that Dave and the lads with their whipper-snippers had been down early to beat the tide. The grass bankings, slashed and all neat, steamed in the morning sun. 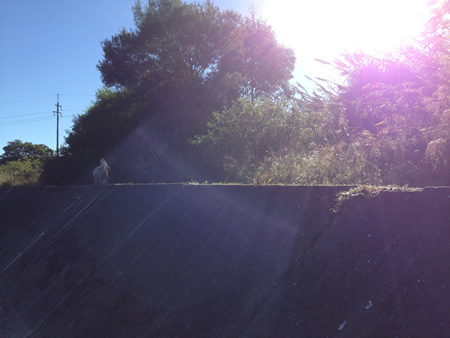 I was thinking about the folk that I don’t meet. Lots of people use the creek and they’re often only visible by their absence, or the things they leave behind: spray cans, still-smoking fag ends, a slewed footprint in the mud where someone’s skidded and almost fallen into the beck. This little scene sat like a Dutch still life: Breakfast, Hamilton North style. 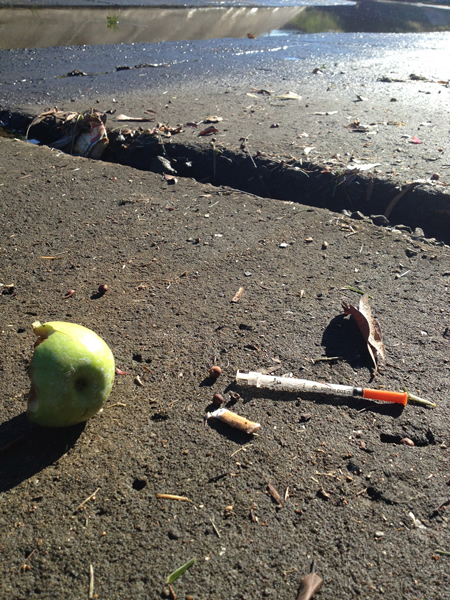 And then, as I was thinking about the people I don’t meet, I met someone.

I don’t know this guy’s name but we had a conversation of such brevity and intensity that I was left thinking about it, and him, all day. He was out collecting balls because he needed to keep walking because … well, he just did. That’s a bit of tease, I know: you what me to tell you what we talked about. But that’s between me, him and Jambo. 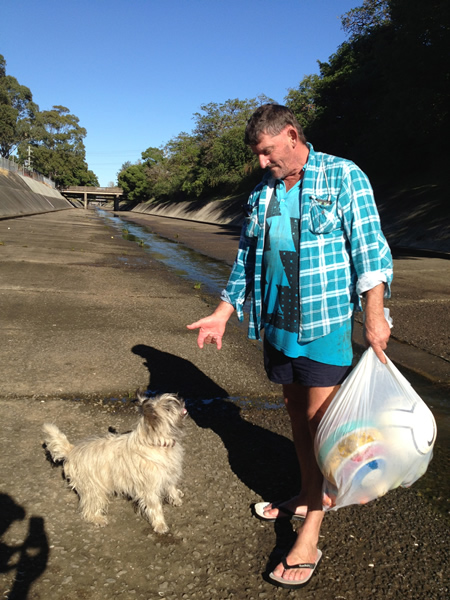 But sir, you have my respect. Go well!