Is this your Maths book?

Found beneath Chatham Road bridge: one maths book. Owner has not put their name, class number or school on the cover but likes Justin Bieber, Taylor Swift and Mr Potato Head. 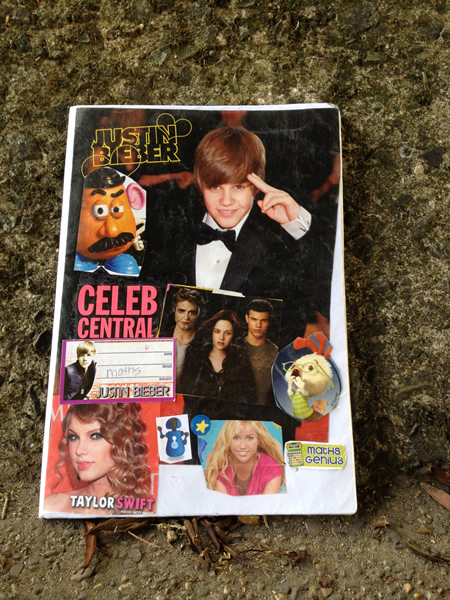 Other lost-and-founds include one eel trap … 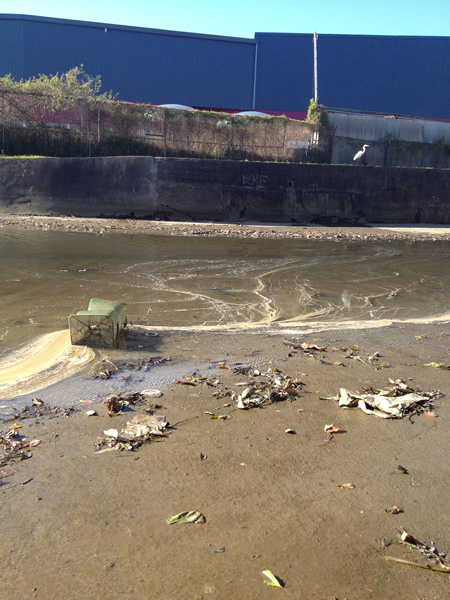 … and this Zombie-tubbie, which might once have been Tinky Winky but is now just plain Creepy Weepy. 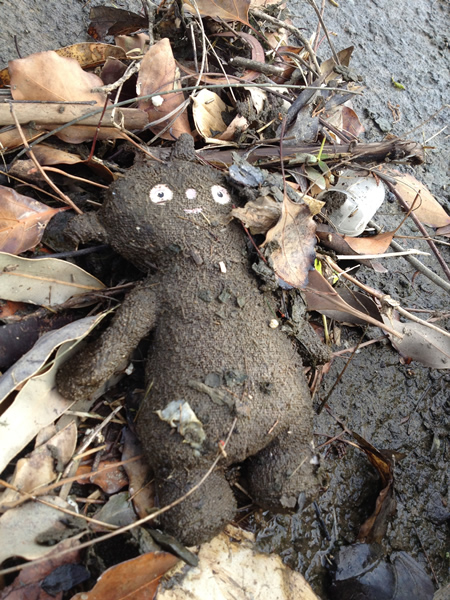 A new [tag / roll-up / piece of street art / crappy vandalism / you name it] appeared on the creek on Saturday. Old Mate tells me that the lads spent about five hours on it. Once again, these things fill me with ambivalent feelings. This one’s bright and colourful and, in the scheme of things, well executed (though I can NEVER work out what the hell the words are supposed to say). And it’s probably better that it happens in this way here rather than some rushed, idiotic scrawl on the door of an otherwise attractive public building. 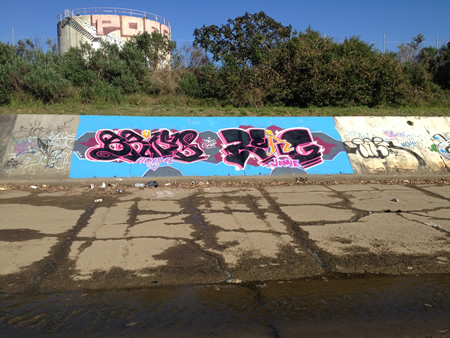 But, please, peeps, take your rubbish home! Of course this isn’t going to happen – no kid wants to get pulled up by the police with a bagful of empty spray cans and a paint roller – but I’m jack of the trash residue that all this making-your-mark-on-the-world creates. 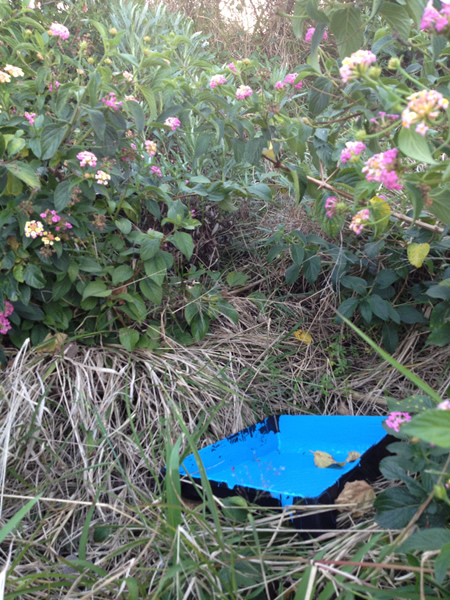 Anyway, the Taliban, as we were saying. What’s the opium production rate like in the Hindu Kush at the moment? If my stretch of Styx Creek is anything to measure by it must be going gangbusters. Either that or there’s been a massive outbreak of Type 2 diabetes in the Kotara/Broadmeadow region. After I took this pic I found another three more syringes within 50 metres; six in one day is a lot even for the Styx. (They’re in my wheelie bin now; Dave and his crew don’t like picking them up and I don’t blame them.) 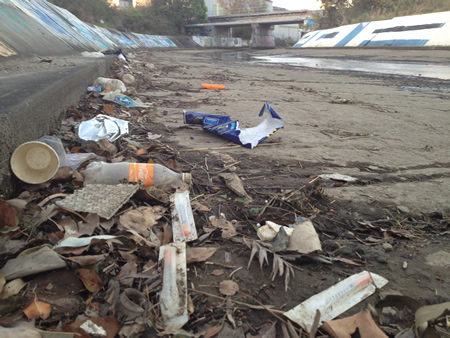 Interesting find of the week, even more interesting than Justin Bieber’s Maths book, was this set of very tiny angel’s wings. I think that what happened was that a small, dark angel offended God and was smote by Him, thence to be cast down upon the Earth to live and walk amongst the creatures that doth walk and slither thereon. Wild, huh? 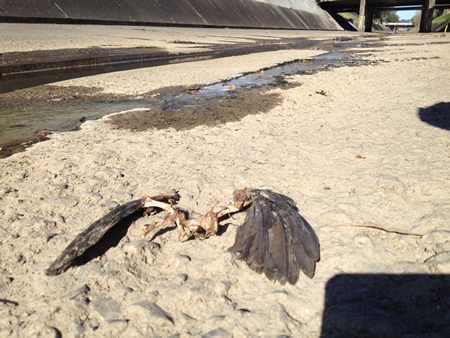 I’m seeing more and more raptors around, which is great, but the most exciting* view of the week was this striated heron. (*It seems that “exciting” is a relative term, as I discovered when I told my children about my “exciting” news.) The yellow arrow handily draws your eye to the epicentre of said excitement. 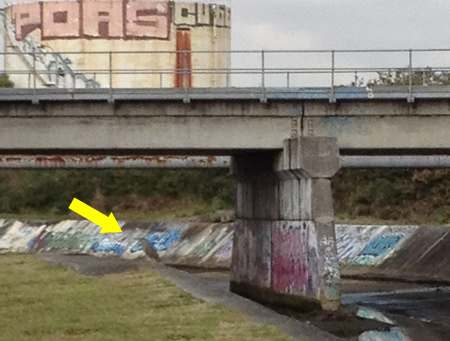 Go on, admit it: you got a bit excited too, didn’t you?

Here’s something to calm you down. It calmed me down, anyway. Energy Australia spent the Sunday replacing power poles on Emerald Street. This afforded me the opportunity to sit back on the deck with a cup of tea and watch people working. 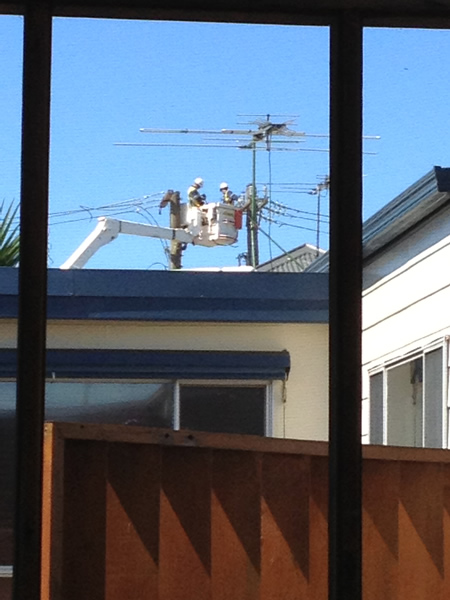