I call the narrow sluice of permanently flowing water that runs down the centre of Styx Creek “the beck”. I call it that because it’s the right size: it’s “beck” sized. But there the resemblance ends because the beck in Styx Creek has been corralled and straightened into nothing more than a water sightline. Here’s what a beck should look like, up on Kirkby tops.

Sure, this is pretty small, even for a beck. That’s because it’s up on the fells and not far from the spring where it starts. But it’s still a beck.

This beck’s from further down the fells, at the head of a place called Birds Wood. It’s where I spent many a happy hour as a lad, getting muddy, making dams, climbing trees and raiding birds’ nests. (Not proud of that bit but, as those convicted British disc jockeys say, it was different in the Seventies.) 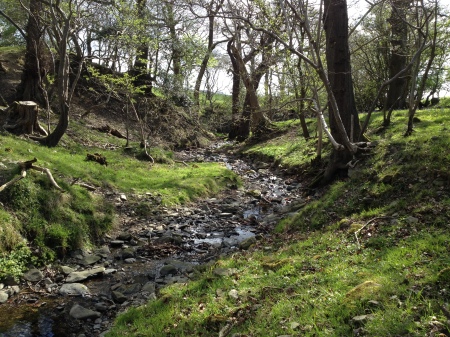 As I took this photo a woodpecker drilled a tattoo in the top of an old oak tree and lambs bleated in the croft next door. It was just as I remembered it.

This beck’s around the same elevation and so it’s similar in its topography. It has lots of rounded cobbles, which are great for making dams with, and trees big enough to have rope swings where the beck makes pools. 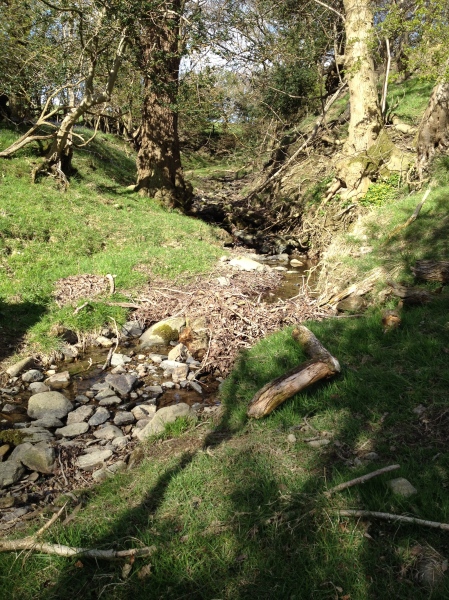 This last beck’s the least representative of the group but it’s still a beck. This one’s at a place called Roundsey (pronounced Runzy) Woods, near the estuary where the peat moss dirties the water. It’s on the side of the estuary where slave ships docked and disgorged their cargo, washed them and marched them over the tops to Whitehaven for export to the Americas. But that was the 1770s and, like the 1970s, things were different back then. 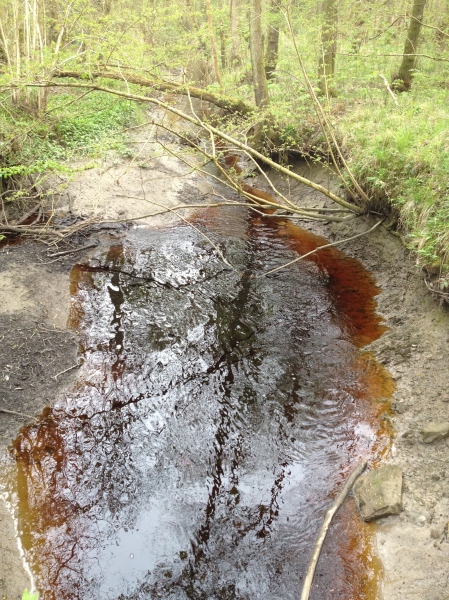 I’m emerging from a foggy period that began just before Easter and ended on the first day of May. Being around these becks and on these fells has been a great solace, but soon I’ll be back in Styx Creek with Jambo. I’ll look at that concrete sluice running like a gunshot from New Lambton to Islington and tell myself that it’s a beck, but I don’t really think so. It’s not really a creek either. I’ll have to find a new word. Any ideas?