Some years ago the cub reporter at the Centralian Advocate was despatched to cover the local Crafts Council’s annual exhibition. Looking at the rows of crochet work and the felting, the yards and yards printing and knitting, the cub began her article with the immortal words “Hours and hours of tedious work went into this year’s annual Alice Springs craft show”.

I was reminded of that line when I saw the guys fixing up the creek next to the gasworks. It’ll take a long time and a lot of work before they even know exactly how much time they have to spend and work they have to do. The ELGAS mob moved out at the end of June; there were a few late nights with cranes and trucks but then, one day, there was no KOFM wafting across the creek in the early morning. 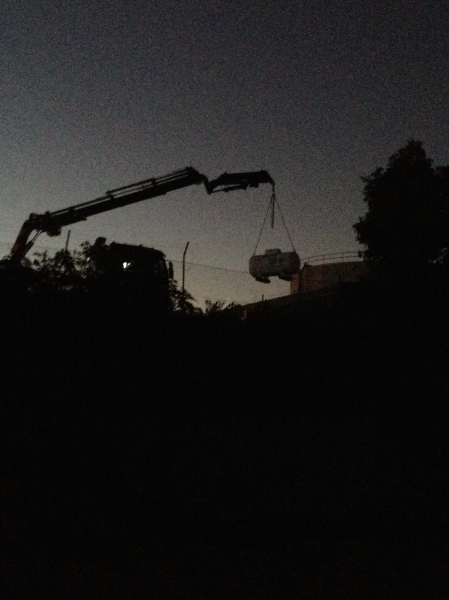 A section of the drain was sandbagged off while they fossicked around. I don’t claim to have any understanding of the science behind the process (I assume it’s related to the monitoring that’s been carried on over several years by the EPA) but, out of all the possible places to start working, this was where it began.

If you look downstream from the Chatham Road bridge you’ll see them down there most mornings. Because of the time of year they only get a wee bit of sunshine before 7 am, then the sun disappears behind the trees on the northern banking. It must be bloody cold work.

As I say, I’m no scientist and I’ve no idea what they’re actually doing. All I know is that it involves drills and probes and some goo getting pumped underneath the concrete, then all the cracks sealed up.

When I asked about the process I was told by a young lad that it was “environmentally friendly”. I had to suppress a smile; he was so nervous and guarded and had been told “If anyone asks, tell them it’s environmentally friendly. Especially if it’s some nosey old git with a terrier”. I hardly expected him to say anything else, I just wanted to know what the process was. Never mind. 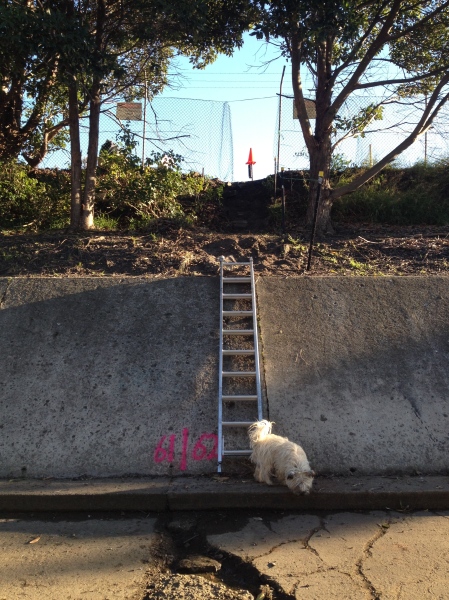 It took them about three or four weeks to do one section of slab. At this rate they’ll be there all year; I mean, look at that Grand Canyon-like fissure. In the words of the Centralian Advocate‘s cub reporter, they’ve got hours and hours of tedious work ahead of them.