The creatures of Austrasia 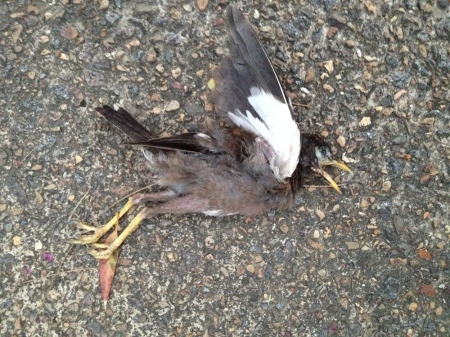 I think I might be one of them. I think I got this way when living in Alice Springs. I had lots of friends who worked as scientists trying to preserve remnant small native marsupial communities. The two arms of the pincers wiping out these critters at world-record rate were habitat loss and feral animals. In this community, “feral” became a byword for all that was bad. This is understandable; I’ve mentioned before the Australian Wildlife Conservancy’s 2012/13 Wildlife Matters report which found that feral cats kill 75 million (yes, 75 million) native animals in every 24-hour period (yes, every 24-hour period). And that doesn’t account for the animals killed by cute Tiddles as she stalks the gardens and parks of our towns and cities.

I’m editing a thesis at the moment, a study of an Arnhem Land language by a non-Indigenous linguist. In it she talks about the blurring of lines and the changing roles and expectations as the researcher gradually learns the language under study and is slowly absorbed into the study community. There are even words for those who, through the act of “opening their ears” to the language become more than just speakers but become “indigenous” themselves. This is a very forgiving approach to newcomers, one that I – as a newcomer to Australia – could learn from. I mean, that dead Indian mynah was probably a 50th generation mynah, more “Australian” than someone whose ancestors arrived on the First Fleet. So why the beef?

Which takes me to this pair of carp that occupied the pond behind the TAFE weir for a couple of weeks.

They were big buggers all right, getting fat on the huge quantities of water weed and crustaceans that boiled around the warm shallow water after the recent rains and hot days. I was talking about these carp to a few Aboriginal fellas who were out eel trapping with their young sons off the Chinchen Street bridge, a scene that could have happened any time in the last X thousand years. I wonder whether they think that these carp are “introduced” or “feral”?

Anyway, as another scientist pointed out to me, none of this will matter in a few million years, when Australia crashes into South-East Asia. The creation of Austrasia and the removal of the Wallace geophysical region will see all manner of critters teeming back and forth. Then what?

I don’t think I need to lose too much sleep about it.

This entry was posted on Saturday, February 27th, 2016 at 7:32 pm and is filed under Around town things, Drowned things. You can follow any responses to this entry through the RSS 2.0 feed. You can leave a response, or trackback from your own site.