Lyrics on the page

I read a quote from Pete Seger, who described lyrics on the printed page as being like photographs of birds in flight. I thought of that quote when I saw these butterflies by the little Styx. 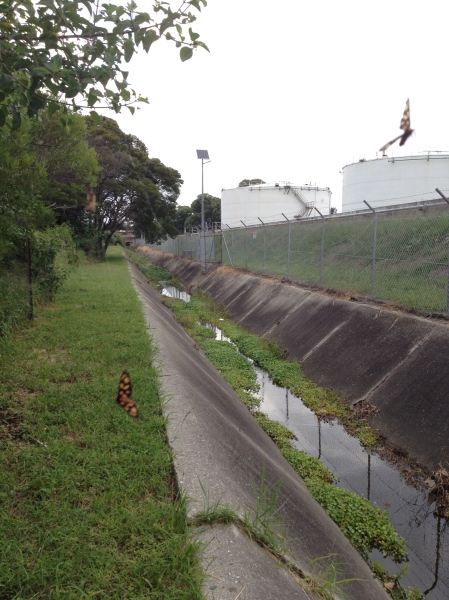 The photo doesn’t show the spider’s web that they’re stuck in; my iPhone’s not that good. It let me down again when I tried to catch the latest regular to the creek, the white-bellied sea eagle that’s taken to roosting in the mature gums in the fuel depot.

I was alerted to its presence by the ‘chep, chep, chep’ of the black-shouldered kite circling at treetop level. It was a call to arms and within a couple of minutes rent-a-crowd – the dozen or so magpies who lounge around on the rail above the naphtha tower in the gasworks – came swooping over. They weren’t quite game enough to tackle the eagle and contented themselves with darting past its head, clacking their beaks in a threatening manner. Eventually the sea eagle sickened of the attention and rose with great, lazy wingbeats. 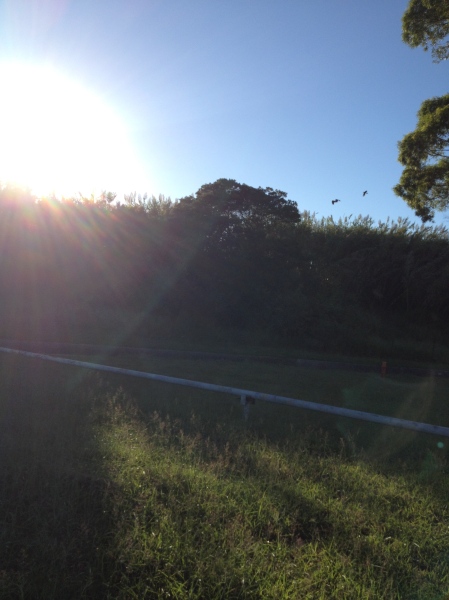 It turned above the fuel tanks and wheeled eastwards, briefly reappearing above the giant reed and bamboo that crowds the fringe of the abandoned rail works. The magpies got brave again at this point and saw it off with loud snaps at its tail, while the kite supervised from above.

It was all over in a matter of seconds, and all I was left with was this decidedly unlyrical picture of a bird in flight.

This entry was posted on Thursday, March 5th, 2015 at 12:12 pm and is filed under Uncategorized. You can follow any responses to this entry through the RSS 2.0 feed. You can leave a response, or trackback from your own site.