If a week is a long time in politics (just ask Ted Baillieu) then it’s a lifetime down the drain. A couple of weeks ago I was standing amongst bottles, litter and garbage in the mangroves by the Carrington boardwalk, bemoaning the state of the estuary and the lack of action by The Authorities to the eager journo from the Herald.

By the time I took this picture the creek was on its way down. I’m not actually in the water here; there’s a ledge and, from here on downstream it was beginning to ebb. And I had Jambo looking out for me.

The poor old show copped it again. I was out and about on Saturday night and snapped this pic of the ferris wheel while waiting to turn out of Chatham Road. I was so glad to hear that Sunday picked up for them. 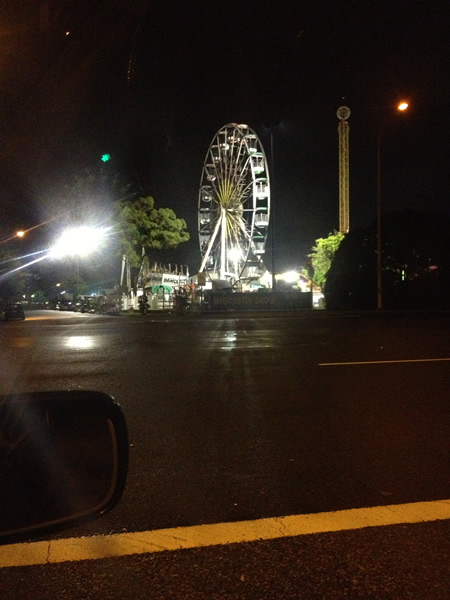 We’re still feeling the aftermath of the flood as the creek bed is still saturated and slippery and drainage pipes that come out of the fuel depot, the gasworks and all the roads are constantly running. This slab by the railway bridge is just about worn through. 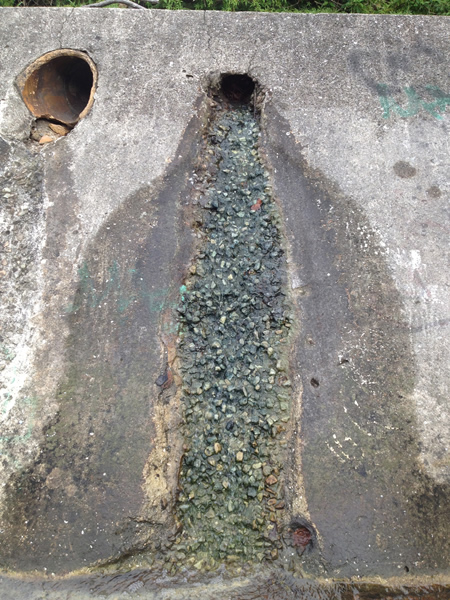 And the litter boom by the TAFE gave up the ghost. But the result was a beautifully clean creek, if only for a day or so. 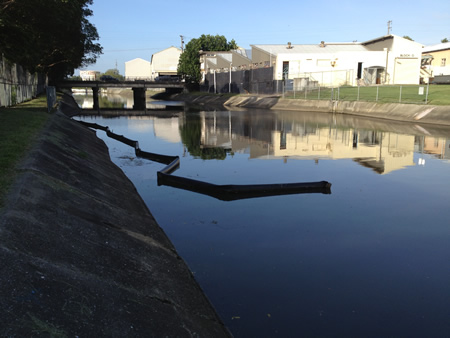 There have been quite a few casualties around the banking. Jambo caught an exhausted pigeon near Chinchen Street bridge, but this welcome swallow managed to slip into a crevice before he met the jaws of death. I’d actually walked right past it, and I think Jambo had too, and it was only a flutter of tail feathers in my peripheral vision that brought it to my attention. 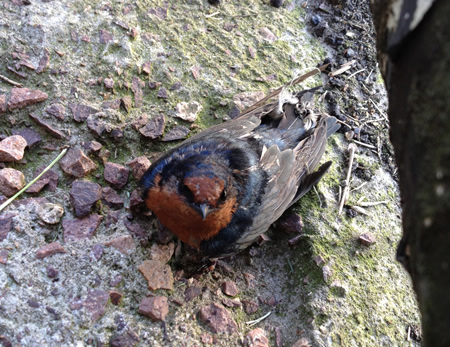 Sadly, the next day I found this. 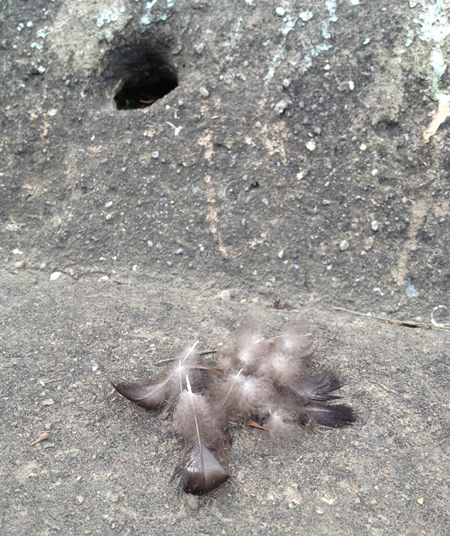 If a week’s a long time for a Victorian premier, then 24 hours is a lifetime for a swallow.

This entry was posted on Thursday, March 7th, 2013 at 6:48 pm and is filed under Around town things, Found things. You can follow any responses to this entry through the RSS 2.0 feed. You can leave a response, or trackback from your own site.