I recently finished reading At the Water’s Edge by British natural history writer John Lister-Kaye. In one chapter he talked about “the claim”, his term for for “the natural processes of species moving in and grabbing opportunities … the rugger-scrum urgency of nature muscling in”. It’s a term I like, being much more assertive than succession or colonisation.

In recent months I’ve noticed a small fig sprouting from a crack in the Chatham Road bridge‘s concrete work, and a part of the concrete banking beginning to shear away from the vertical by the railway  bridge. These are opportunities for nature to stake its claim; muscle in. And once a species has a toe in the door: watch out!

I was thinking of this as I looked at the series of dams and weirs that have developed over the last year, created by large chunks of concrete breaking away from the banking or creek bed and being bundled downstream by the force of successive floods. At some point these chunks become lodged in the beck, creating micro pools and riffles. 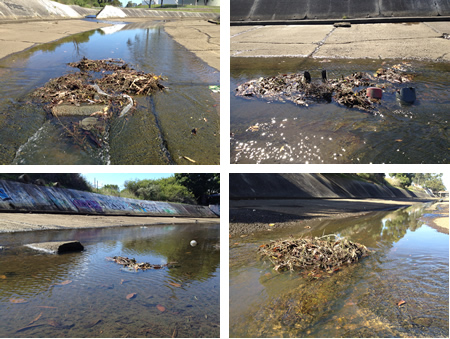 I don’t see it as a bad thing. In fact, I like the idea of nature taking the creek back (or perhaps that should be “reasserting its territorial rights”). At some point though I expect that the Controlling Body (Hunter Water? Newcastle Council? I can never work out the division of ownership and responsibility over the waterways, the banks, the beds, the water that flows in and on them) will come in with jack-hammers and remove them. 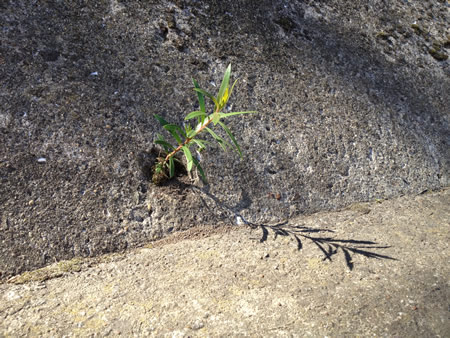 This entry was posted on Saturday, January 14th, 2012 at 1:31 pm and is filed under Found things. You can follow any responses to this entry through the RSS 2.0 feed. You can leave a response, or trackback from your own site.