The coal train lumbered through Clyde Street lights and then, as they often do, juddered to a halt while points were fettled and the late afternoon commuter trains ran through Hamilton Station. I was on the eastern bank of the creek and so I didn’t seem them at first; in fact, it was the hiss of the aerosols that I heard. The two white dots by the wagon are T-shirts. They were in – LDI a couple of times – and then they were gone. 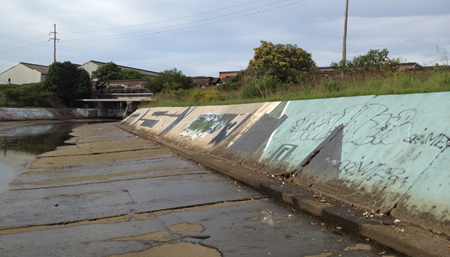 But they hadn’t gone far. The section of creek bank under the railway bridge is a favourite painting site. It’s easily accessible via the Chin Chen Street bridge and the concrete’s drier than that by the TAFE. There’s also a much better chance of doing a runner if  [street talk warning] “The Man” should be after “yo ass”. 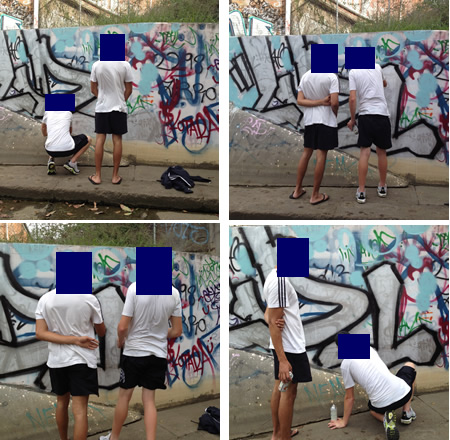 This entry was posted on Wednesday, November 30th, 2011 at 8:11 am and is filed under Around town things. You can follow any responses to this entry through the RSS 2.0 feed. You can leave a response, or trackback from your own site.