Shave and a haircut

It’s been very nice to have this mini wilderness on my doorstep but I’ve been wondering for some months now when the owners of the gasworks would finally do something about the long grass and dense stands of lantana. Early spring’s seen the vegetation dry off and I’m sure that the ELGAS people were getting a bit nervy at having a major bushfire hazard next to the their re-gassing business. Still, it came as a shock when I looked through the fence to see the place had been buzz-cut.

It was a pretty brutal work over – like trimming a moustache with a chainsaw – and led to the inevitable collateral damage. There’s a sunny patch near the old admin building where you could always see one or two blue-tongues. Two of them there were today, but they weren’t going anywhere, poor things.

There were hardly any rabbits either. They favour the big lantana stands but these had been graded to oblivion so perhaps their warrens had been crushed.

On the other hand, things became visible that had been hidden before. 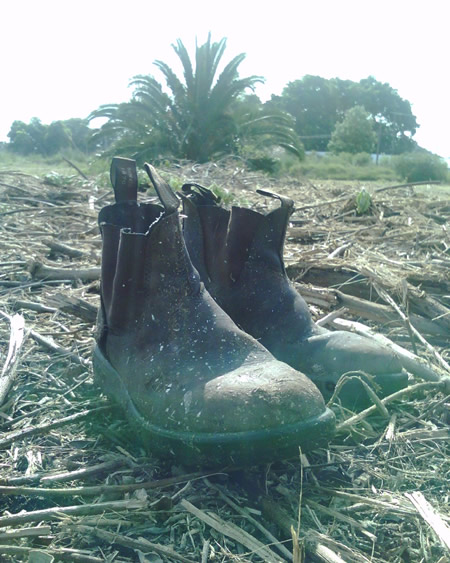 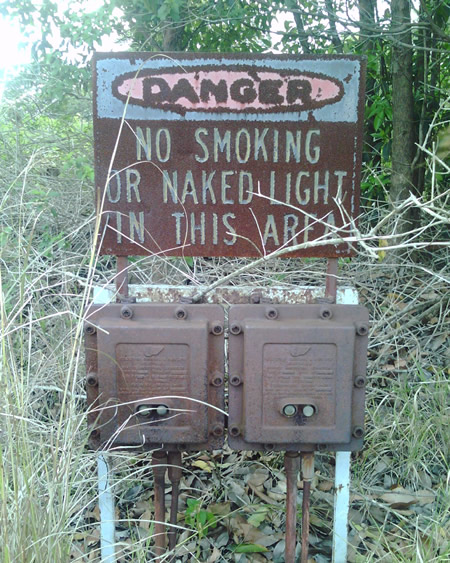 This entry was posted on Sunday, November 13th, 2011 at 11:32 am and is filed under Around town things, Drowned things. You can follow any responses to this entry through the RSS 2.0 feed. You can leave a response, or trackback from your own site.