The poor old Gas and Coke building. It sits next to the Clyde Street lights, across the line from the massively vandalised Islington signal box. It must have been something, back in the day, but now the gasworks site is derelict and the main building is slowly slipping back into the ground. 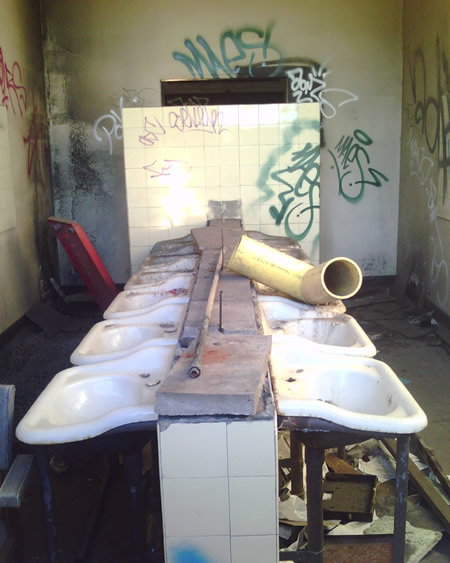 There are three plaques on the Gas and Coke building that catalogue its rise and fall. The first dates from the building’s original incarnation, back in 1867, while the second dates from “the opening of these new works, March 27, 1913”. The final (and by far the most utilitarian and least attractive) plaque is more recent: “This plaque was unveiled by Lord Mayor of Newcastle Councillor Greg Heys on 3rd November 1995 to mark the completion of the restoration of the Clyde Street Works administration building”.

I seem to remember that Council tried to rent the building out but it never got taken up. It’s such a shame as there’s still quite a bit of the interior in original (1913) condition. 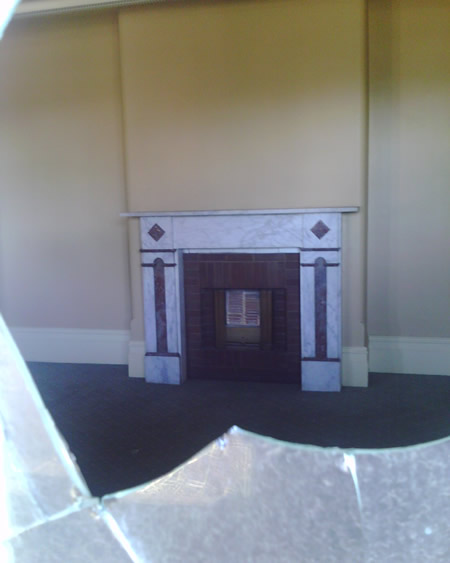 And obviously there’s still power in the building, as the dossers quickly discovered.

There are parts of the original building scattered around the site, such as this beautifully carved “flaming gas” capstone.

Internationally renowned stone mason Graham Wilson told me that, during the restoration, the capstones were given a “protective” coating that will in fact cause the sandstone to disintegrate upon itself as soon as moisture gets behind the coating.

They put a chainlink fence around the whole site a year or so back, including around the Gas and Coke building. It all seems so sad. I wonder if Renew Newcastle could get it made into an office for me?

This entry was posted on Tuesday, August 30th, 2011 at 1:04 pm and is filed under Around town things. You can follow any responses to this entry through the RSS 2.0 feed. You can leave a response, or trackback from your own site.

3 Responses to Newcastle Gas and Coke